PR success sees HackerOne all over the BBC 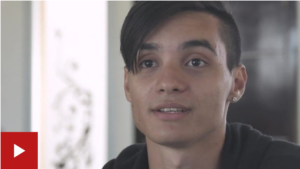 Working in PR, we can spot a good story quickly, so the Smile on Fridays team was jumping up and down with excitement when our coolest client, HackerOne, told us one of its hackers had just made a $1 million dollars from ethical hacking.

The hacker, Santiago Lopez, is a 19-year-old Argentinian, who has only been hacking for around three years. However, in this short time he has become such a success that he has discovered over 1600 vulnerabilities in the websites of HackerOne’s customers and is now the first person in the world to make a million dollars from bug bounty hacking.

This is a huge milestone for the bug bounty community as it not only highlights how much money companies are paying for vulnerabilities, it also shows that ethical hacking can be just as lucrative as black hat hacking, but with the added bonus of not doing anything illegal.

As soon as we were given the go-ahead to pitch, our first port of call was the BBC. The BBC was on board instantly and they even agreed to fly out to Argentina to film Santiago in person, something we never expected in our wildest dreams.

The filming with Santiago was a huge success and the BBC loved his story and got some good shots of the purchases he has made with his bounties, which are pretty incredible considering he is only 19; a beach house and two cars!!!

We gave the BBC an exclusive and the news went live last Friday and to say it was a success is an understatement. Not only was Santiago’s interview all over the BBC News website, the story even made it on to BBC Breakfast as well as the BBC World Service radio station. It also hit hundreds of other top tier outlets, including ZDNet, New Statesman, SC Magazine, Computer Weekly, ITPro, We Live Security, and we are still seeing coverage come into today. The BBC even got in touch today to say Santiago is the fourth most popular story on BBC Mundo and that they are planning to post a version of the interview to the BBC’s main YouTube channel, a huge win considering it has almost six million followers.

What made things even better is how excited Santiago is by all the exposure. He definitely deserves it, as what he has done to make the internet a safer place for us all is huge achievement and should be celebrated. HackerOne also told us that they saw a spike in activity to their website after the news broke and that people were coming up to them at B-Sides over the weekend wanting to meet Santiago and saying they had seen his interview.

Needless to say, the story was a huge success and we are all immensely proud of the results.